Part 2: The Faith of Our Fathers

Giuseppe “Joe” Viani was my Nonno (grandfather) who emigrated from Italy to Canada in 1967 with his wife, Silvana, and their three children. My mother was 11 years old when they came over, and grew up in a traditional Italian household. When I was younger, my mother brought me and my sister to live in her childhood village for a time, and it was an experience that played a strong role in my formation.

My Nonno was a man with great magnanimity of soul, and everyone who met him was attracted to his confident and outgoing personality. He was a tall man, especially for an Italian, and it was evident by the shape of his hands that he was strong as an ox. In Italy he was essentially a farmer, although in the feudal system of old he technically did not own any land, but instead oversaw orchards of fruit bearing trees. He had a “green thumb,” and in Canada he maintained an exquisite garden, with tomato and herb plants that seemed to yield relentless harvests every year.

He was a young teenager throughout the Second World War, and shared many stories about America  soldiers coming through his village as they ousted Nazi forces. He once told me how one day he acted as navigator for a group of Allied soldiers during a mission to find Nazis in the area around his village. The recount of this escapade included ducking enemy fire as the Jeep took blows from villainous machine guns. Furthermore, as resources became scarce during the war, he told me how they would hide bags of flour in rafters of barns to ensure that their food supply could last. Needless to say, this man was not effeminate; he was a giant of a man, with shoulders strong enough to bear the Cross of forging a life for those he loved.

Nonno was also a traditional winemaker. When he brought his family across the Atlantic, he brought with him the traditions of the vignaioli (winemakers) of his native Tuscany. With little money, and not a lot of space, he created a fully functional mini-winery in the basement of his newly acquired home in Stratford, Ontario. Much of the equipment he made himself, or he had made by other tradesmen in the area. Some people did not like the taste of his vintage, as they found it too rugged and unrefined. But people are often wrong about a lot of things.

In any case, years later when his health began to fail, it was unfortunately time for Nonno to go into a nursing home. I should add that I will do everything in my power to ensure my parents never spend their last days in one of these places. It isn’t that he did not receive good care, or that the staff was not lovely, but I believe it was an undignified way to live the last couple years of his life. The year prior to Nonno moving out of his house, I had the privilege of spending the better part of a few months with Nonno and Nonna. In a sense I was their caretaker, but really I was just fulfilling my duty as a grandson. I had spent a lot of time with him growing up, but this was an opportunity to spend weeks and months with him. I am very thankful to my mother for ensuring I learned Italian, because without it I would have missed so much.

As we moved what was left of his possessions out of his house, I noticed that all the wine equipment remained in the basement. No one in the family had use for his seemingly ancient artifacts, even those who continued the tradition of vino. Without hesitation, I decided to take the equipment and store it in my house. I have never used it, as I do not make wine, but I could not bear to see it cast aside or thrown into a dump. There was something “sacred” about these family heirlooms, although I understand that in reality they were not sacred in the truest sense of the word. Nonetheless, the idea that something so reminiscent of the traditions of my ancestors could be treated as disposable was a terrible thought. The items still sit in my basement to this day, and I have moved them to three different houses, and every time I see them my heartstrings are tugged by the memory of Joe Viani.

We eat, we drink and we go see God.

Eventually, Nonno died a year or so shy of his 90th birthday. It struck me as he passed away that not only did he die, but it seemed as if an entire world died with him. He was in his 40’s when the New Mass was introduced, and his traditions and piety were of another era in history. He had a saying: “Si mangia, si beve e si va a vedere il Signore,” which is Italian for “we eat, we drink and we go see God.” At his funeral I kept replaying that phrase in my mind, and could not help but notice that we sat in a very modern Novus Ordo setting, with a liturgy that barely resembled the one that sent all of his ancestors into the Afterlife. I was not attending the Latin Mass at this time, but I believe I received some sort of particular grace that moved my heart in a similar way as the Latin hymn in Mexico City.

Immediately after his death, I began to look into all things traditional. I started listening to sermons, reading books, watching videos, and looking for a Latin Mass. Throughout my search I realized that I had missed an entire chunk of Church history, namely the veritable destruction of the sacred artifacts and altars laboured over by generations of European peasants. I thought of my nonno’s nonno, and his nonno’s nonno, and so on. I realized that with the publishing of suspect conciliar documents and a post-Vatican II mania, the blood, sweat, and tears of a civilization of Catholic artisans had been deconsecrated and thrown into the trash.

I could not help but think of the winemaking equipment that sat in my basement, collecting dust. If someone tried to take away those family artifacts and dispose of them, or even if they told me they were going to replace them with something “modern,” I would have a hard time not throwing that person out of my house with all my strength. Once again, how much more important were the legitimately sacred items that were ripped out of the hearts of parishes all over the world?

I cannot imagine the sort of diabolical disorientation it would take to empower a universal movement of throwing away or “updating” all of our sacred family heirlooms, which is what the imposition of the New Mass and the accompanying aesthetic “renovation” truly was.

I could go on, but suffice it to say that I will never participate in the New Mass again, because I will never participate in the aftermath of the impious autodestruction of the sacred heirlooms of our fathers. We should be ashamed with what we did to their memory, and to what they left us. The Fourth Commandment requires us to honour our fathers, which includes those who are long dead. We do a great disservice to our ancestors by propping up a liturgy that would be unrecognizable to those who came before us. 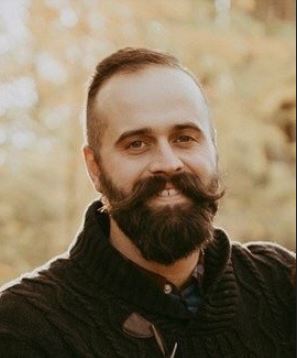 Kennedy Hall is a Catholic High School teacher, rugby coach, and part time writer on Catholic topics. He is the author of the forthcoming book Terror of Demons: Reclaiming Traditional Catholic Masculinity. He has written for the Kolbe Center for the Study of Creation, Serviam Ministries and the Fatima Center. He teaches Catholic Religion courses to French Immersion students and also speaks Spanish and Italian. Kennedy has spoken at various youth events, as well as on the topic of true Catholic masculinity. He has a passion for the Traditional Latin Mass and the restoration of traditional piety. A prodigal son, he was brought back into the Church with the help of Our Lady of Guadalupe, and prays for the day that all men depend on the Blessed Mother. He lives with his wife and 4 children in Stratford, Ontario. Follow him @kennedyhall.

The Meaning of Catholic@meaningofcath·
1 Dec

The Meaning of Catholic@meaningofcath·
19 Nov

The English Catholic Soul pt. II: Genius of Government and the English Fall from Grace

The Meaning of Catholic@meaningofcath·
19 Nov

Against the error of "No Salvation Outside Thomism"

The Meaning of Catholic presents

The Meaning of Catholic@meaningofcath·
17 Nov

The Meaning of Catholic@meaningofcath·
17 Nov

Check out the latest from @VendeeRadio:

The term "Clericalism" is often heard among heretics and the orthodox but what does it actually mean?

Jamie Bogle and Dr Sebastian Morello join Vendée Radio to examine this corrosive error that is entwined with almost all of the Church's problems today: