The Pian Magisterium refers to the period of the Church’s opposition to Modernism as contained especially in the French and other revolutions from Pius VI’s condemnation of the Synod of Pistoia (1794) to the death of Pius XII (1958). Thus it spans some 164 years. Taking a generation as roughly 25 years, this period encompasses 6.56 generations of the Church. So if you were the youngest generation at the twilight of Pius XII, that means your father knew it, your grandfather knew it, your great-grandfather knew it, and then his father and grandfather knew it as well, all the way to your great-great-great grandfather. For Americans, this goes all the way back to the beginning of the United States (the US Constitution was not in effect until 1789, the year of the French Revolution).

During the Pian Magisterium the Church was faced with global republican revolutions. But these were not simply changes from a Catholic monarchy to a Catholic republic, but these revolutions sought to reshape the very fabric of society. This movement became known as “Liberalism” from its common theme: “Freedom” (Latin libertas). The Pian Magisterium, however, identified all of these freedoms as being contrary to Christian order, since these “freedoms” were founded on a denial of the dogma of Original Sin–that without divine grace, man’s intellect was darkened, his will was weakened, and he was inclined to evil.

Thus, all of the freedoms the revolutions sought were solemnly condemned by the Pian Magisterium as being false freedoms, leading to slavery. Why is this? The concept of freedom as imagined by Liberalism was not the freedom as given by Christ—in other words, true freedom—but a cunning counterfeit masquerading as freedom. As a wise man once said, “The enemy of the good is not the evil, but the almost good.” Only the “almost good” can deceive good men away from the truly good.

As our Lord said, he who commits sin is a slave to sin (Jn. viii. 34) and again If the Son sets you free, you will be free indeed (Jn. viii. 36). Because of the dogma of Original Sin, the Church understood that freedom from sin was the only true freedom. Thus unless Original Sin was attacked and overcome, every other effort would turn out in vain, and worse, more slavery to sin. This is why in Christendom the momentum of culture flowed against Original Sin from the moment of birth to sorrow of death. And that is why the ideas of Liberalism were condemned—they sought to move the cultural momentum in the opposite direction: reinforcing Original Sin.

Thus came all the solemn condemnations of the Pian Magisterium:

These and other false freedoms were solemnly condemned by the Pian Magisterium. Instead, the Dogma of the Immaculate Conception was proclaimed—and confirmed by multiple visions of the Mother of God herself—showing that all men were under Original Sin but our Lady. The rights of Christ the King were defended in society as they had always been proclaimed by the Church especially since the conversion of Armenia in 301.

The difficulty with this period however, was untangling these false freedoms from the true natural freedoms fought for at that time:

Due to these true freedoms the Church failed to adequately defend, the secularization of Europe was consummated in the First World War, during which our Lady of Fatima gave the world an ultimatum: repent or perish (Lk. xiii. 5). The world chose to perish and massacred millions more, eventually creating an entire industry to slaughter millions of innocent children for the sake of fleshly lusts.

Because of the failure of the Pian Magisterium, John XXIII and Paul VI believed that a new policy would work: instead of condemning the false freedoms, try to compromise with them. This was the pastoral Council of Vatican II, which revoked nothing of the Pian solemn condemnations, but instead tried the new policy of the “Medicine of Mercy.” It was believed this would bring about a new springtime of renewal of the faith  Thus ended the era of the Pian Magisterium and thus began the era of the Springtime Magisterium.

But whereas the Pian Magisterium lasted nearly 7 generations but failed to keep Europe in the faith, the Springtime Magisterium oversaw an unprecedented collapse of every last vestige of faith in Euro-America. Thus after barely two and a half generations (1958-2020), the Springtime approach has proved a complete failure. Even worse, the enemies of Christ have gained greater power over the Church herself through widespread moral, doctrinal and spiritual corruption. The errors of Russia have now spread and gained dominion over the world.

It must be admitted that the Pian Magisterium failed to prevent secularization, and failed to consecrate Russia to the Immaculate Heart. But it still nevertheless refused to compromise with the errors of Russia, but condemned their false freedoms over and over with solemn authoritative decrees.

What is the solution? All who have eyes to see know that the Springtime has failed far more than the failures of the Pian. We must repent and return to Fatima. Make your First Saturdays. Pray the daily Rosary. The Church must have the humility to admit that the Springtime failed. Let bishops confess the Declaration and return to the charity of anathema. Old Testament and Church history shows us a cycle which is summed up by the Prophet:

If my people had heard me: if Israel had walked in my ways: I should soon have humbled their enemies, and laid my hand on them that troubled them (Ps. lxxx. 14).

Every time the Church falls into sin and error, God punishes her by making her enemies rule over her. When she repents and turns again to the Lord, He once again humbles their enemies. Let us be free from slavery to false freedoms. Let us repent and turn to the truth, and the Son will make us free indeed. 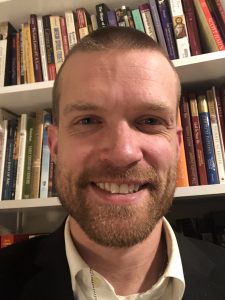 The Meaning of Catholic@meaningofcath·
2h

Please say a prayer for the repose of her soul. Requiem aeternam.

Please say a Hail Mary for a family member who has COVID and is near death.

@CDay1492 @Michael_Voris @Church_Militant I'm one of the people slandered as a "grifter" in this hit piece. No one from CM has ever contacted me or anyone at @cathfamilynews for comment. They simply repeat baseless speculation (gossip) and outright lies. Shameful and sinful.

The Meaning of Catholic@meaningofcath·
25 Nov

#CatholicTwitter: can you help?

Does anyone have Volume 25 of Newman's Letters and Diaries?

It contains the letter of Newman to Ambrose St. John regarding his misgivings about Pastor Aeternus and the victorious party dated Aug 21, 1870.

The Meaning of Catholic@meaningofcath·
18h

(1/3) I write for @cathfamilynews and I have the highest respect for @MattGaspers @ProfBMcCall and I also know @StephenKokx. These men are faithful Catholics. I am also a subscriber of @CultureWarsMag, and still read @Church_Militant.

The Meaning of Catholic@meaningofcath·
26 Nov

“Some hours later Chrysostom died. His last words were: Doxa to theo panton eneken (Glory be to God for all things).”